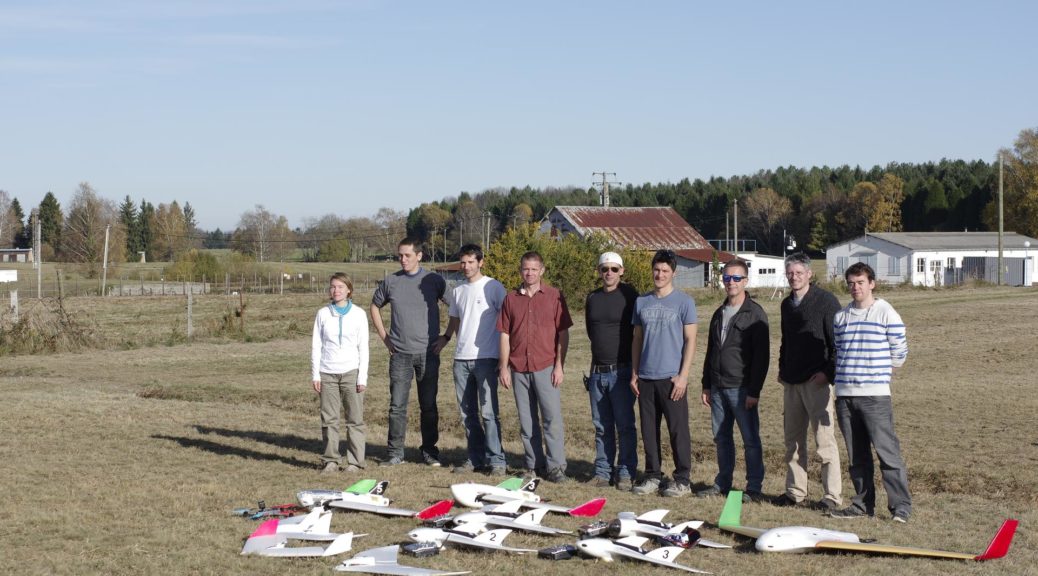 Last year we had post here about meteorological flights using multiple UAVs. Now, the video of those experiments is finally on-line.

In total 3 planes are used for the scientific measurements and an extra one for aerial footage of the other planes. They are all using Apogee boards with an extra sensor board developed in-house at Enac: the MeteoStick. 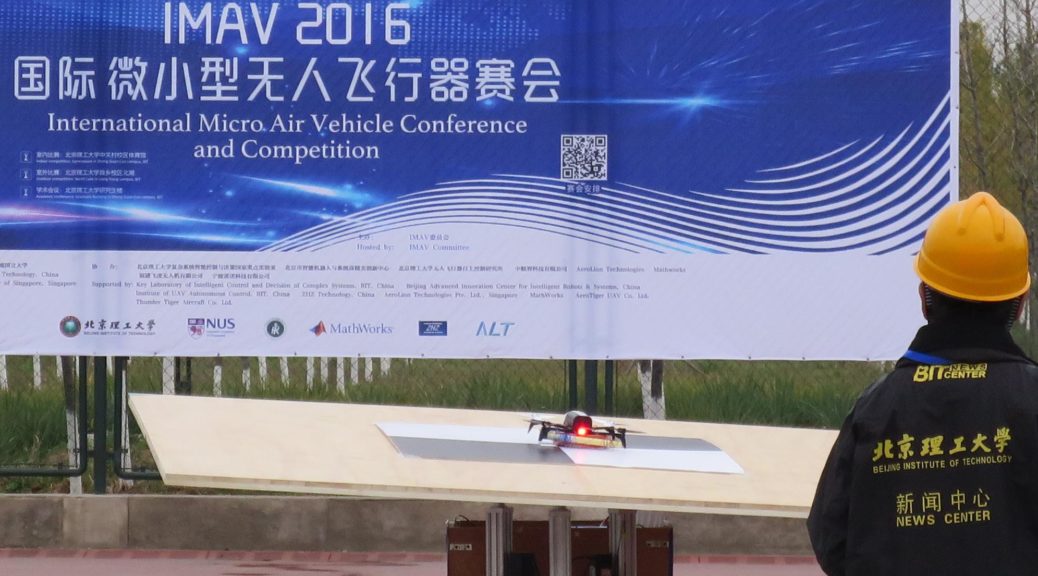 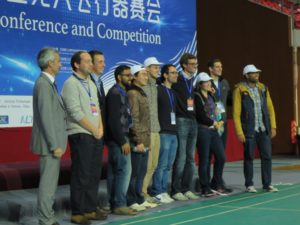 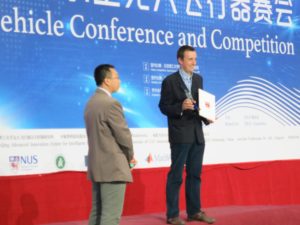 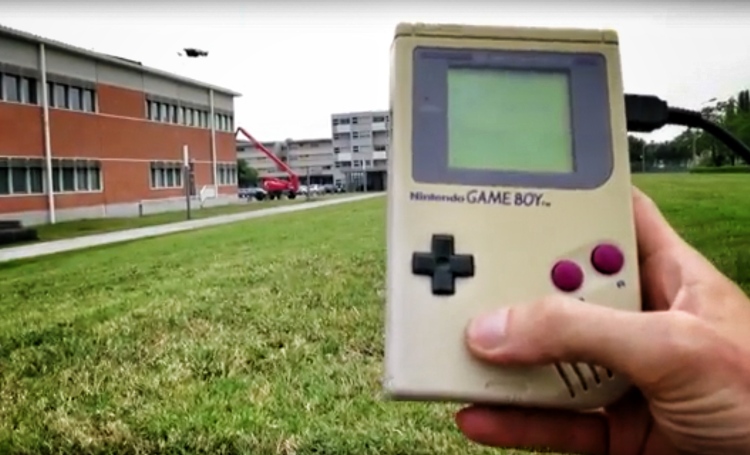 Some time ago, I found my old Game Boy at my parents’ house. So the first thing that came to my mind was: can I fly a drone with this ? (and also where is my Mario Bros cartridge).

So I spend some time searching the web to see if I could find some idea to solve my problem. And if it seems that piloting unmanned aircraft with a Game Boy is not so common, you can find everything you need to program it!

But you can’t expect to go directly to an old custom serial com port to a wifi-based drone without some intermediate steps: 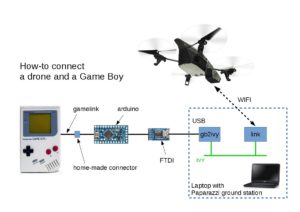 Finally, the Game Boy is just sending the bitmask corresponding to the buttons being pressed (with an Arduino and a FTDI to convert Game Link signals to USB), and a small program on the ground station converts this into actual commands for the drone (an ARDrone2 from Parrot with an extra GPS in my case).

The result is here:

See https://github.com/enacuavlab/PPRZonGB for more information and source code of this demo. 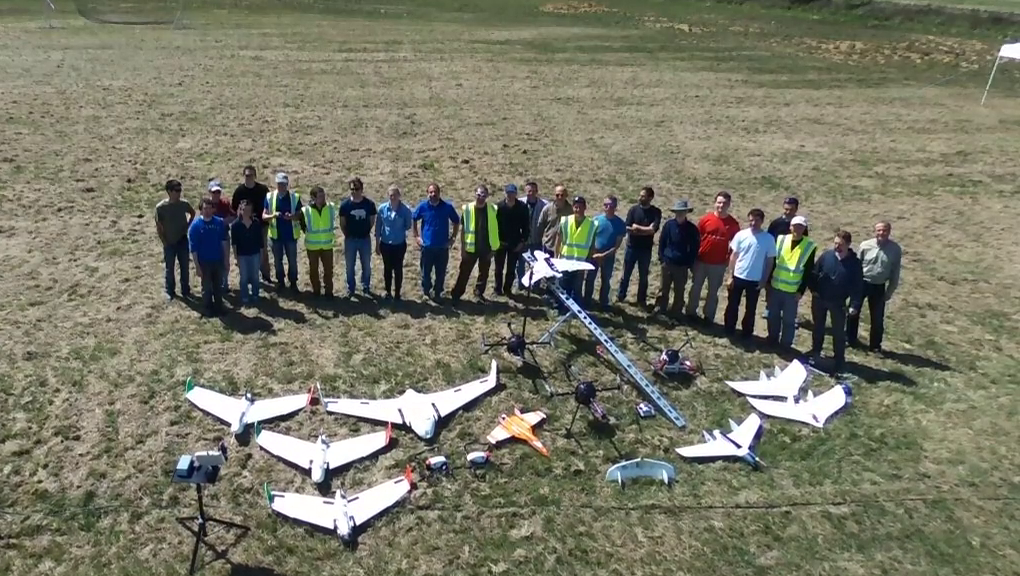 The week before the conference, a few teams of researchers gathered to share experiences and fly their drones at the Atmospheric Research Center of Lannemezan near the Pyrenees. Among them was some of the oldest users of Paparazzi: Martin Muller (http://blog.pfump.org), the team of Joachim Reuder from the Geophysical Institute of Bergen, the UAV Lab of ENAC and the French Meteorological Research Center who was hosting the event.

Many flights have been done, including for the ENAC lab, the first flight using ChibiOS v3 implementation and some autonomous catapult takeoff. 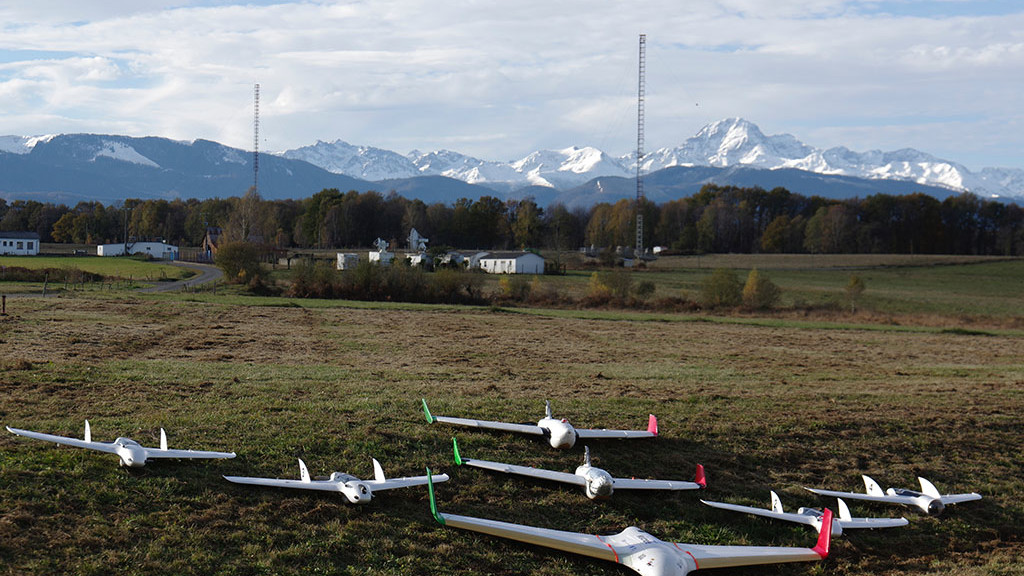 ENAC UAV Lab team and Meteo-France (CNRS-GAME and ENM) teams have spent several days at the Atmospheric Research Center of Lannemezan (in the south of France) in order to perform experiments for simultaneous meteorological measurements through multi-UAV flight.

This was part of a research project called VOLTIGE aimed at studying the formation of cloud and fog events. One of the planes is measuring the turbulence near the ground, a second plane is flying above the cloud or the fog with a radiation sensor and the last one is making a vertical profile of temperature, pressure and humidity up to 1500 meters AGL.

All the planes were controlled by Paparazzi UAV Apogee boards, with on-board logging on SD cards and navigation patterns triggered by sensors readings.